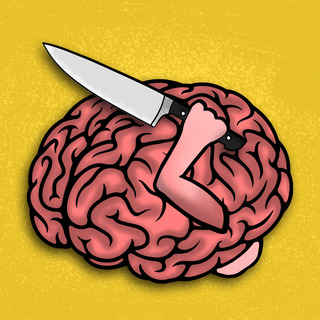 * Drug doses are a guide only, always check a second source and follow local practice guidelines

In this episode of C3, we review the management of the patient with transient ischemic attack (TIA).  As a term and as a diagnosis, TIA has undergone significant evolution in the past couple of decades.  Once thought of as a much less important diagnosis, TIA is now recognized as a critical warning sign of an impending stroke.  If this warning sign is heeded, many strokes can be prevented and patient outcomes can be improved.

The old definition of TIA involved a sudden neurologic deficit of vascular origin (typically from loss of blood flow) that resolved with 24 hours.  But we now can see on advanced neuroimaging studies like diffusion-weighted MRI that most patients with deficits that persist this long have evidence of infarction - e.g. completed stroke.  In other words, they do not have anything “transient” at all.  This understanding has led to a progressive change in the formal definition of TIA.  In reality TIA exists on a spectrum with stroke - one contemporary classification is as follows:

The creation of a new category (TSI) helps us better incorporate the idea that the patient’s deficits and imaging results do not always match up.  There is no precise time cut-off involved in the above definitions and there is a great deal of variation as to when infarction is first seen on neuroimaging.  Some patients display signs of infarction on DWI within minutes of symptoms, in other cases, no lesion is apparent even at 24 hours

As a matter of practical reality for the emergency provider, whether the imaging is positive or negative for infarction, patients with a resolving/fully resolved deficit can essentially be treated in the same fashion.

The degree to which TIA is a warning sign for an impending major stroke was made clear by a well publicized study in California.  In that study, more than 10% or patients had a disabling stroke within 90 days of their visit to the ED with roughly half of those returning within just 2 days.

Great work on this but I disagree with your comments on disposition. ACEP clinical policy regarding dispo states "Level B: In adult patients with suspected TIA, do not rely on current existing risk-stratification instruments (eg, ABCD2 score) to identify TIA patients who can be safely discharged from the emergency department."

I dont necessarily agree with that statement for all cases, but I take that as the standard of care as defined by our professional society. As such, I dont think it is medicolegally defensible to discharge TIA patients.

I think this is a good point and is applicable to many providers. The risk assessment tools we currently have are far from perfect. However, there are some situations in which discharge is reasonable. For example, you are able to get their full workup and a neuro consult either in the ED or in an expedited fashion, and the patient is low risk by your clinical assessment. Also, some providers may be hundreds of miles away from an MRI, consultants, and the other components of the workup. We try not to be absolute in our recommendations because there is so much variation depending on where you practice.

Video of the neurological exam that determines full resolution ought be useful.
Useful for all neurological emergencies
Headache Migraine Epilepsy Meningitis