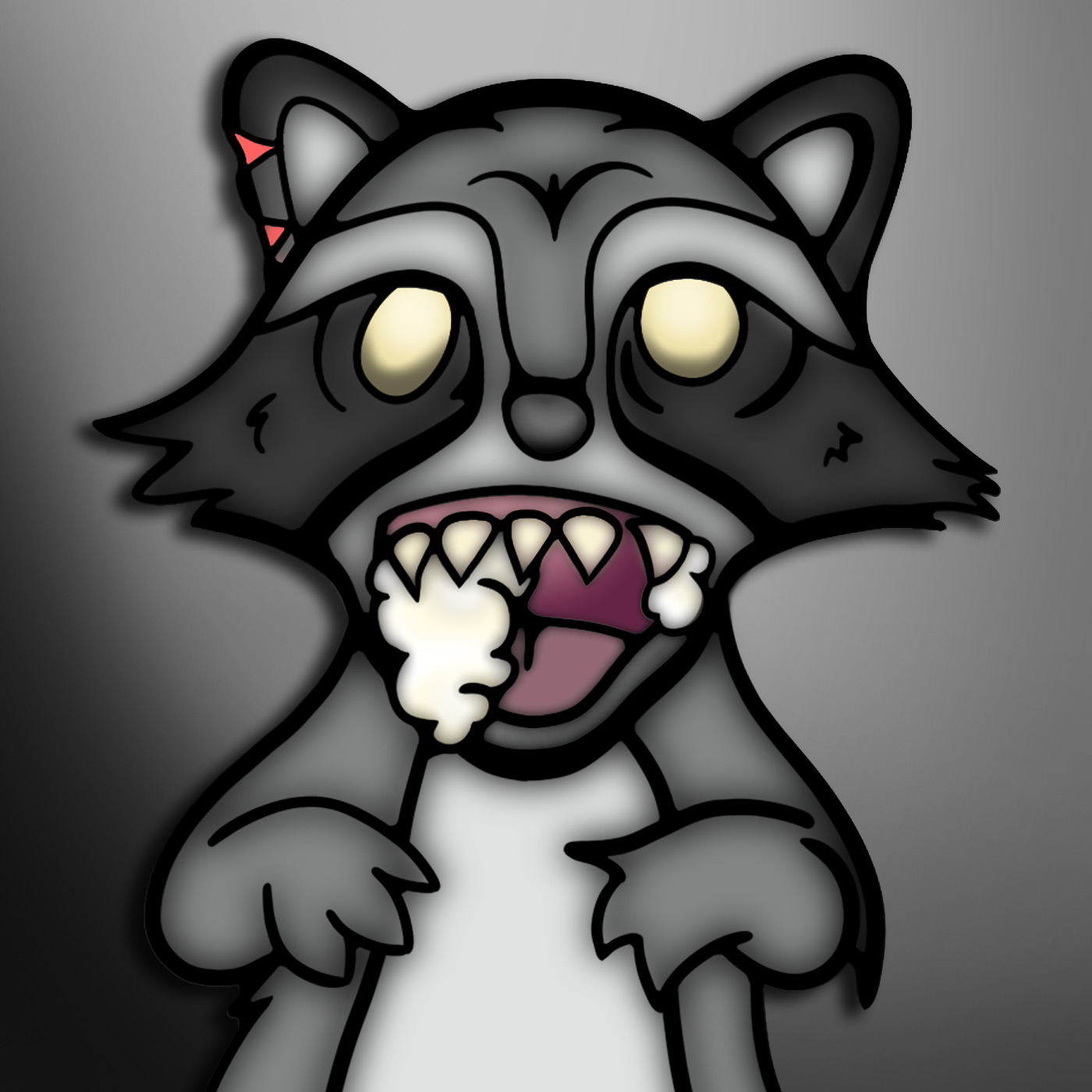 If a patient has been re-bitten (is that a word?) in less than 6 months, no need to repeat. The vaccine can be given as often as every 6 months, according to the CDC.

The incidence of rabies in cats in the US is greater than dogs. In 2015, there were 244 rabid cats reported and 67 dogs. Dog owners are more likely to get their pets vaccinated, likely accounting for some of the difference. Also, there are more cats as pets (86 million) compared to dogs (78 million) which will affect the numbers.

Fortunately, more than 90% of cases of animals with rabies occur in wildlife (skunks, bats, foxes, raccoons bats...the ones that don't get it are the rabbits, squirrels, gerbils. That seems to come up on boards exams!). There are great programs to vaccinate wildlife with vaccine-laden food, but bats have been historically hard to do this with; bats being responsible for 87% of human rabies cases makes this a concern. At TEDMED 2018, data was released about a new vaccine topical for bats that gets spread and absorbed via their grooming behavior and might radically reduce the incidence in bats. Gotta love science!

In the summary you mention that all dog bites require prophylaxis if immunization status cannot be confirmed. According to the CDC website statement on rabies (https://www.cdc.gov/rabies/exposure/animals/domestic.html), all dog bites don't unquestionably require rabies ppx immediately but "If you were bitten by a cat, dog, or ferret that appeared healthy at the time you were bitten, it can be confined by its owner for 10 days and observed. No anti-rabies prophylaxis is needed." Subsequently, if the animal becomes ill then you can pursue ppx.

Paul - agree 100% with these recs. Jaime and I mentioned that in the case presented, owner unknown so can't track down dog and I find that this is the most typical circumstance in the patients I see.
However, if you know the owner but the immunization status is unknown of the dog, observation seems like a reasonable approach if the local heath department can get it done.

Paul, yes I agree. I was unable to find a single case report of a person who developed rabies from an animal that was captured and observed to be normal for 10 full days. This is very beneficial in any instance where the animal can be observed. This can potentially save the life of the animal as well as prevent unnecessary vaccination. Notably, the observation period is often only used in domestic animals. In wild animals, it can be difficult to determine what behavior is 'normal' because most don't appreciate being captured. Wild animal are usually sacrificed and tested for rabies. And in any case where the animal cannot be captured or observed in the setting of unknown vaccination status, that is where we broadly apply the recommendations for prophylaxis.

After listening to the lecture from December on Rabies, I would like someone to give a second opinion as the recommended treatment seemed excessive, especially for those of us in the western US where rabies in dogs is almost nonexistent. I’ve spent 30 years in the E.R. and have only given Rabies vaccine a couple times. I recently read that 40% of administered Rabies is unnecessary. The lecturer even stated that there hasn’t been any dog to human transmission of Rabies, yet states that the vaccine should be given in all cases where immune status of animal is unknown.

Rabies IS rare in domestic dogs in the US and it is likely that we are over treating in some cases. It is all about the scenario. Does the dog in question spend time outside and thus have potential exposure to wildlife reservoirs of rabies? My dog has personally fought with skunks 6 times (ugh!!) so there is some potential risk to him (due to his repeated bad decisions!), but because his vaccine status is up to date, he is protected so we are too.

In the case I saw recently, it was a legitimately unprovoked attack by two street dogs that were unable to be captured to determine their status. In that case, for me, it's vaccinate!

In the case of known house pets, they can be observed for 10 days. If they don't become ill, you can avoid the vaccination for the human bite victim. Fortunately, the vaccine is urgent, not emergent, so the 10 day period is an acceptable risk.

It is because Rabies is so deadly that we err on the side of caution. This is a good place for shared decision making with the patient, after discussing risks/benefits and examining the scenario.

I'd love to have others weigh in on this and how often they give the vaccine!

I live in Arizona and recently had a case very similar to the scenario presented in the episode. An unrecognized dog attacked the patient and then fled the scene. Unknown vaccination status and unable to observe the dog. After discussing the case with the local health department, they recommended against rabies vaccination because in this county rabies is extremely rare.

I have given the vaccine (bat encounters), just not for dog bites.

I listened to the administration schedule in the episode. I believe it said that the first dose should be at presentation and the second dose should be 3 days later. That seems to have been translated into day 1 and day 3 in the summary. But, shouldn't that be day 0 and day 3 to be consistent?

Yes, you are correct!

Some of the military requires a series of three Rabies Vaccinations prior to overseas remote assignment. If bitten by an unvaccinated animal and the series of three has been received, is one more shot warranted? IgG?

If IgG was given with the initial series, no need to repeat. If it is a high risk bite (like an unvaccinated animal in a foreign country!), if it has been > 6 mos since the original vaccine, a shorter booster series is recommended

The number needed to treat will be high for sure but, rabies has no treatment once it's occurred and is just about 100% fatal so the recommendations for treatment are very conservative.
I also want to stress that this isn't my opinion or Dr. Hope's opinion but rather the recommendations of the CDC.

Sorry. I looked it up myself on the CDC website. From the CDC website, the Average cost effectiveness of treating all dog bites in which the dog is unavailable tor testing with PEP is $403 million per life saved.

I think the number you cite is slightly off. Below is quoted from the CDC site: https://www.cdc.gov/rabies/location/usa/cost.html

The estimated public health expenditures on rabies disease diagnostics, prevention, and control in the US is $245 to $510 million annually. This estimate is based on available data on costs associated with the vaccination of companion animals (dogs and cats), national rabies diagnostic testing, and for biologics for rabies postexposure prophylaxis (PEP) and pre-exposure prophylaxis (PreEP). However, the total expenditures on rabies accounting for associated healthcare costs, animal control measures, and time lost from work is much greater.

The number of PEP treatments given in the United States each year is unknown; however, it is estimated to be about 40,000 to 50,000. When rabies becomes epizootic or enzootic in a region, the number of PEP treatments in that area increases. Although the cost varies, a course of rabies immune globulin and four doses of vaccine given over a two-week period typically exceeds $3,000. The cost per human life saved from rabies ranges from approximately $10,000 to $100 million, depending on the nature of the exposure and the probability of rabies in a region.

I think you misread my question. I asked about the cost per life-year saved. A common epidemiological statistic. I believe the table says the cost is 524,000 to 840 million (average 403 million) per life year saved for dog bite patients in which the vaccination status of the dog is not available. See table 2. https://www.cdc.gov/mmwr/preview/mmwrhtml/rr5703a1.htm#tab2
Regarding the CDC recommendations, I believe the CDC website says to consult public health officials in scenarios in which the dog is vaccination status is unavailable. Up to date seems to suggests similarly. Am I missing the text at the cdc website where it recommends vaccinating all unprovoked dog bites in which the dogs vaccination status is unavailable?

Ah, I see. Thanks for clarification.
I think the text of the document leaves a little more question about cost:
"Under all three cost-effectiveness scenarios, the analysis determined that it is always cost saving to administer postexposure prophylaxis if a patient is bitten by a rabid animal that has tested positive for rabies or if a patient is bitten by a reservoir or vector species (e.g. skunk, raccoon, bat, or fox bite in the United States or dog bite in countries with dog variant rabies), even if the animal is not available for testing. For all other transmission risk situations, the average net cost effectiveness ratio was always a net cost per life saved (range: $2.9 million per life saved following a bite from an untested cat to $4 billion per life saved following a lick from an untested dog). The wide range of probabilities of risk for transmission for the bat bite scenario resulted in the widest range of cost-effectiveness ratios (Table 2). Until more precise estimates of risk for transmission are obtained, these estimates illustrate the difficulty clinicians and public health officials will continue to encounter in unequivocally determining the cost-effectiveness of providing PEP."

However, I do think it reasonable to consult local health officials/local health department given the low risk of transmission in the US from a dog/cat. My experience doing this in the past was that they recommended giving the rabies PEP if the animal couldn't be observed but, looking at the numbers, I agree that seems a bit overly conservative.

Thanks for the question and looking into this

So in the case of the bat bite, where we are concerned for an occult bite...do we give RIG and if so where? Its an occult bite so just give the RIG IM?

Exactly. Just give the RIG IM

I was wondering the same thing as EMPA. If there's no obvious bite, how is administering RIG at a random site helpful?

"The immunoglobulin is there to neutralize any of the virus that was transmitted into the bite via the saliva. It needs to be as close to the bite as possible. Studies comparing subcutaneous versus intramuscular immunoglobulin, they found that neither one led to a significant amount of immunoglobulin in the systemic circulation. Administering it at a remote site likely won’t be beneficial.." (Quote from show notes/summary).