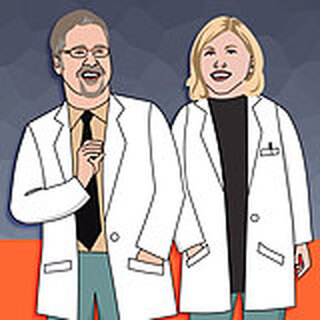 I would add lung herniation if we're considering thorax, which was recently a new one for me.

I had a recent Acute Appendicitis masquerading as an Acute Incarcerated Umbilical Hernia. The inflamed appendix was IN the umbilical hernia. It made for a great lateral Abdominal CT picture I wish I could have uploaded.

Very interesting! If you find it down the line, anonymize it and we'll share it with the EMRAP world!

Posted on behalf of Seth Gerard:

Both were helpful summaries of the management and considerations in these obviously disparate and obviously complex situations - but after listening to both I was left curious regarding the recommendation that the optimal fluid in these settings was NS rather than LR, specifically due to hyperkalemia.

While obviously LR has a very small amount of potassium, my understanding is that the main concern is volume resuscitation in these patients with suspected or anticipated kidney injury (likely due to rhabdo). Furthermore, when I went hunting for any literature (or even consensus attending opinions) to clarify the debate between LR and NS, I pretty much drew a blank - and in fact, the only good resource I found was an EM Crit post by Dr. Josh Farkas suggesting that given both the very low concentration of potassium in LR vs. the very high concentration of serum potassium in the hyperkalemic patient plus the NS-induced acidosis resulting in the shift of potassium from the intracellular to the extracellular compartment, LR should in fact be the preferred fluid. (Link for reference: https://emcrit.org/pulmcrit/myth-busting-lactated-ringers-is-safe-in-hyperkalemia-and-is-superior-to-ns/)

In the context of Semler et al's 2018 NEJM articles on balanced crystalloid vs saline, suggesting the benefits of a balanced crystalloid approach in both the critically ill and non-critically ill populations, picking the right fluid for the right patient has become much more fraught, as many of my attendings have strong and conflicting opinions. As such I am left wondering if this isn't worth further exploration and discussion - and would very much appreciate your thoughts!