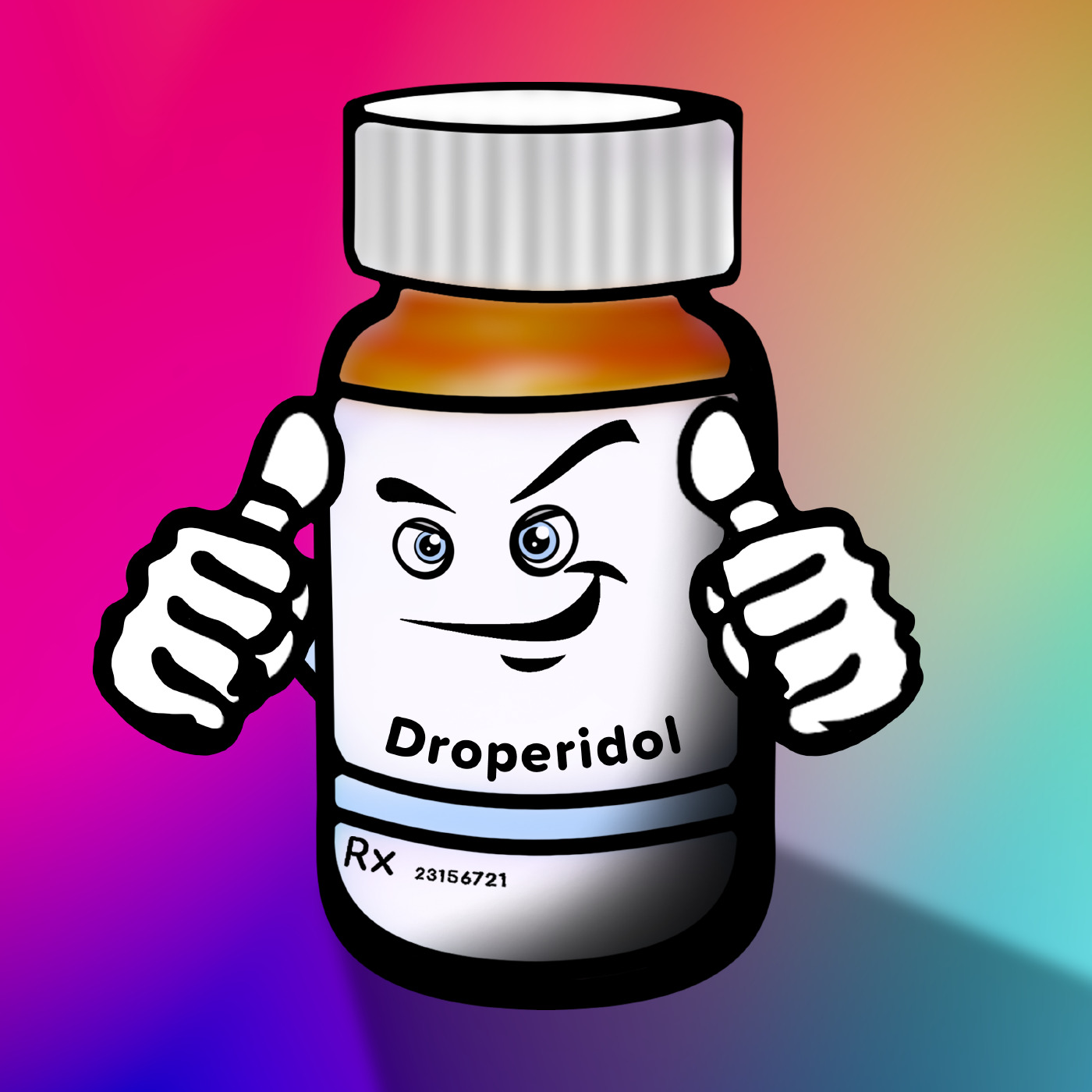 Droperidol is back in the ED and therefore back in the discussion. But many in the U.S. have no experience using it. Reuben Strayer returns to the studio to remind us the history of this drug, dosing and benefits, and other critical pearls for your practice.

EMA 2016 February Abstract 23: Training The Mind, And The Food And Drug Administration, On Droperidol

For Akathisia that is chronic the treatments suggested are beta blockers or benzodiazepines . Benzo diazepines seem the easiest but only if excessive sedation is unmanageable . Is there less akathisia when droperidol is given with bezodiazepines ?

Hi Ian, thanks for the question. Akathisia definitely occurs, but it is a small % of cases, and it's not recommended to prophylax with benzos/beta blockers/anticholinergics (which subject the patient to the unwanted effects of those agents with a small chance to benefit). Just be mindful of this consequence of droperidol administration and if it develops, treat (with any of the agents you mention).

Do you routinely give Benadryl at the same time as Droperidol? Similar to the way we give replan, Benadryl, toreador for HA?

No, and this probably shouldn't be done because few will benefit but everyone will be exposed to the effects of benadryl, which are generally not wanted. You will occasionally see EPS with droperidol/haloperidol, just be on the lookout for them and treat. Here's a recent review of the subject:

A severe and confronting presentation has been hyperactive delirium in Covid 19 patients particularly elderly patients .

Pimavanserin which interacts with serotonin receptors not dopamine is being recommended for hallucinations and delusions of Parkinson's disease psychosis if causing serious agitation and Lewy body dementia psychosis .Yunusa I et al Front Pharmacol 26 feb 2020. If not available clozapine .

We finally got droperidol back on the formulary. Our policy currently says it is for post op nausea and vomiting at 1.25 mg, Agitation not to exceed 2.5 mg in 24 hours. I have been giving at least 5mg to my agitated patients, but now my pharmacy is balking again at this dose, and the lack of monitoring the QT. I have given them the ACEP policy, and Mayo article. Anything else I can do strengthen my case?

Here's a folder of relevant literature

I suggest you request to have this formally reviewed by P&T committee. 2.5 mg maximum is not consistent with the enormous body of evidence demonstrating safety and is actually dangerous because of the risks of under-sedation of agitated patients.