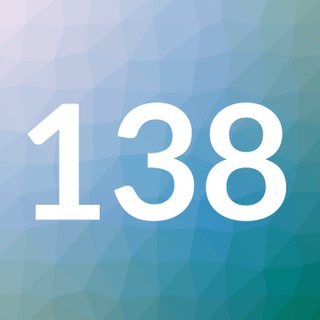 Trying to convince yourself it is gout so you don’t have to put a needle in the joint may not be a good thing. Michael shares his insights with the EM:RAP family.

Just had a 59 year old man with DM present with exquisitely tender wrist, extreme pain with any ROM. Synovial aspirate was frankly purulent so diagnosis was obvious. Synovial WBC was 128. Though it wouldn't have made a difference to management in this patient lab refused to run synovial lactate because it "gums" up the machine.

I wonder how often synovial lactate would change the equation anyway. How often would I have a patient with the above history, a cloudy (not frankly purulent) aspirate that would have, say, a middling WBC (say 50) and a lactate >10.

I love our orthopedic service, they have great service to our ED. But, of course they obtained CBC, ESR and CRP -- curious. To them, the most important aspect of the entire presentation are features such as exquisite tenderness and restricted ROM -- though exclusive reliance on clinical features is not supported by the literature.

Interesting story with the same orthopod who took the above mentioned to the OR that night. A few weeks prior we had a 60 year old man with a non-traumatic acutely painful, swollen, warm knee. No RA, DM or prosthesis. Synovial WBC was 108. Orthopod reasoned that because he was walking around and had pretty good ROM elected not to take to the OR. I have to admit I was pretty floored -- ballsy call I thought. I advocated pretty hard, citing literature and the like but to not really doing any convincing. Ortho sent him home on Arthrotec(r). The next day I called to see how he was doing -- stated he wasn't much better so I invited him back to the ED and we did another aspirate. To my surprise it was 0.3 -- yes (not a typo). Now that's curious. I wonder what the synovial lactate was.

IMO u should be able to distinguish infection in a joint on clinical exam and hx. The tap may or may not help, if unsure err on the side of caution and admit with iv abx. This shouldn't be so complicated IMO.

I had a recent pt whom I was evaluating for a septic wrist. I tried to send fluid off for a lactate (even transferred some of the aspirate to a blood gas syringe and put it on ice, as we do with blood lactates) but the lab refused to run it, saying that their machines aren't calibrated for this and also worried (as per above comments) about the viscous fluid gumming up their machines. Anybody out there actually able to run this test?

Sean G., IMO you are amazing to be able to reliably make this diagnosis clinically! Nobody else can!!!

Can you use istat for a synovial lactate?

I would caution that using synovial lactate is very premature at this juncture. There are 2 kinds of lactate: D-lactate (made by bacteria) and L-lactate (made by humans). When you check a lactate, you are invariably checking L-lactate. It is quite likely that L-lactate levels correspond with white blood cell counts in synovial fluid (as these cells are producing the L-lactate). D-lactate, on the other hand, is only run at a handful of centers, so typically a send-off test that takes days to come back (not helpful). There is only one study looking specifically at D-lactate, which showed promising results, but again not routinely available.

For more on this topic, listen to the Wash U Journal Club podcast on the subject:

or see the Wash U Journal Club site:

Our lab director at Kaweah Delta is intrigued by the idea of running a joint-fluid lactate but does not have the protocol nor can he find one. Anybody know who might have this information?

I just came back to this article when had lady w 36,000 cells in her joint fluid. Do we have any follow up on Brian C's comment re: D & L isoforms of lactate. Was the evidence discussed in this article for D or L lactate? If for D-lactate is synovial fluid L-lactate testing useful for excluding a septic joint?