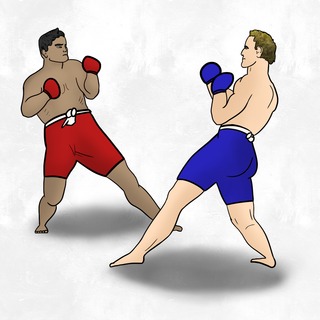 We often see the consequences of assault but rarely get insight into the moment it happens. Emergency physician and mixed martial arts ringside physician Mike Simpson takes us through what it’s like to care for those who fight for a living.

ive been waiting for this one for 10years!!

I do competitive Brazilian Jiu Jitsu and submission grappling. I don't do MMA because walking into a patient room with a black eye or huge cut on my face would probably come off as less then professional....I already have an appearance more like the security guard then the doc so I think that would be a bit much. I do train with MMA fighters and help my friends prepare for their fights. You are correct when you say these are really tough guys. Even folks that stick with the pure grappling like I do develop a toughness. I have dislocated my finger in competition and managed to relocate it without the ref seeing, which I knew I had to do or the ref would DQ me and I would forfeit the match. Last year my bicep tendon on my dominant arm ruptured to an arm bar but tapping was never a consideration. I wasn't sure what had happened since I was in a gi, I just felt some mild pain in my arm, a full and numb feeling and weakness. I continued the match knowing I would just have to deal with the fact my right arm was weak, and worry about what happened after. It was the final match of the tournament and I would have a gold medal if I won. I lost. I do this as a hobby, as EM is my career....so you can imagine the guys that do this for a living really have no desire to stop if they can work around their injury. If a fighter gets a kick to the groin or poke to the eye most organizations give them 5 minutes to recover....all this pre amble has led to this....Why can't a fighter who has dislocated a joint be given the opportunity to have it relocated by the doc and continue if it can be done within 5 minutes? The reason I ask this is it is not uncommon to dislocate a finger or a shoulder in MMA. I have seen fighters relocate their own shoulder(presumably they had many previous dislocations) and they are able to continue. I get the head injury thing and if a fighter is knocked out, or seems mentally not all there, I totally agree with the doc stopping it. I am quite familiar with Dr Cunningham's tech for shoulder relocation without anesthesia, he has several methods and I have been successful using them as long as the pt is cooperative. Usually takes about 3 minutes to pop in the shoulder when the pt properly externally rotates their scapula. The fight that comes to mind is Chan Sung Jung(Korean Zombie) against Jose Aldo....a title fight for the featherweight belt. Chan was down early but coming back as was his typical pattern, at the same time Aldo was fading(also his typical pattern) The Zombie dislocated his right arm throwing an overhand right. He could not pop it back in but was able to finish the round....the doc checked him in between rounds and the fight was called. I wanted to jump through the TV and relocate his shoulder as I am sure he would have been happy to fight if it could be popped back in. the long term sequelae of that would not be significantly different and if it popped out again i would want to call it as the doc. however...these guys work their asses off to get to these fights, and a title shot is very rare. Winning the title may have major economic ramifications for the fighter and the shoulder injury would be unlikely to have major long term consequences if a trial of relocating and resuming the fight were attempted. Chan has never had another title shot since. Certainly finger dislocations are no big deal. So Dr Simpson can u tell me why this option is not offered to the fighters? I know my MMA friends would gladly allow me to relocate their shoulder and take a shot at finishing the fight. In the UFC if you lose 3 fights in a row, even to top ten competition its pretty standard to lose your contract and there really are no other organizations fighters can actually make a living at. I have thought of applying for the ring side doc out here in PHX and would certainly want to give that option to the fighters.

Hey guys,
I was a bit surprised you included the "Fight Doctor" in EMRap, November 2015.
The American Medical Association has called for the ban on all amateur and professional boxing as has the Australian Medical Association.
I have long felt that if all doctors declined to participate then maybe we could have some influence on ending these sports.
Perhaps you felt if docs chose to work ringside they should have some education. So lets look just part of the content:
I thought the criteria for when a concussed combatant can continue was inconsistent with our current understanding of concussions:
"The main concern is the ability of the fighter to defend themselves at all times. If they are unaware of their surroundings and unable to defend themselves, it is a reason to stop the fight. They need to be able to see out of both eyes and have intact depth perception. They need to be able to raise both arms and hands to defend themselves. They need to be able to bear weight on both feet at all times. Only if all of these requirements are met are they considered safe to continue"
Really? In any other sport the player would be done for the day.
I realize this was Mike Simpson's opinion but........
I feel covering this subject lends support to sports like these which should be banned.
Brian B. M.D.

Thanks for the comment Brian B. You raise an interesting question and for the record I agree that boxing and fight sports are TERRIBLE health risks. It really is not about the people at the high end making a decision between millions of dollars and a head injury. The real tragedy is the thousands of kids and young adults TRYING to become a professional or go to the olympics that never make it, but will have given themselves chronic and acute brain injury. Should we cover this on EMRAP, should doctors just say no and not work at these events...maybe, I not sure. Current evidence is that NFL football, headers in soccer, Ozzy rules, hockey etc etc etc are also sports that put people at risk of chronic brain injury. Should we pull doctors from those sports as well? I accept that the entire plan in fight sports is to give the other person enough of a head injury to knock them makes them off the scale dangerous, but a relatively small number of people participate. Football and soccer are less dangerous but MILLIONS more kids play them, so overall the total brain injury burden is probably way higher. I got no answers but the discussion is good. So if the piece does nothing more than make health care workers think about the issue, I am good with that.

Brian - I have to disagree with your sentiment that "sports like these should be banned". While I would not dispute that engaging in martial arts puts your at increased risk for traumatic injuries and potentially chronic health issues, it is not the role of the medical community to dictate what personal activities people in engage. Mixed Martial Arts and boxing have been part of culture and sport for ages, and are not going anywhere. The medical community can decide to support a activity that has been part of almost every culture and society from the very first olympics and on, and unlikely to be banned in any real capacity.

Society and individuals should be free to make decisions on their own. Boxing and MMA are arts which is much more than you seem to boil it down to. They involve great discipline, teamwork and can build real self confidence. If your belief is that activities, that people choose to engage in on their own will, which pose a risk to their body should be banned - do you also support banning all sports including football and hockey, driving cars and flying planes? What about sky diving? The per person risk of long term harm, morbidity or mortality associated with participating in martial arts of any kind is not different that other contact sports, and much lower if you are talking about martial arts such as BJJ or Judo.

The medical community has a role to educate, and if aligned with their belief support sport participants if injury occurs. There is a large community involved in sports medicine, and to single out martial arts and boxing as somehow less appropriately deserving of the medical community is incorrect in my opinion - and based upon some misunderstanding of then sports, rather than either science or knowledge of fighting. We should inform people of the risk, and work within regulatory bodies to improve fighter safety and long term management.

Any other approach in my opinion, is simply pounding sand - because these sports are not going anywhere. Not should we as a community take a stand on preventing others from making their own personal decisions in what activities they participate in.