Mass Casualty Incidents - A Practical Approach from a Military Perspective

Pneumonia in the Hotseat24 Chapters 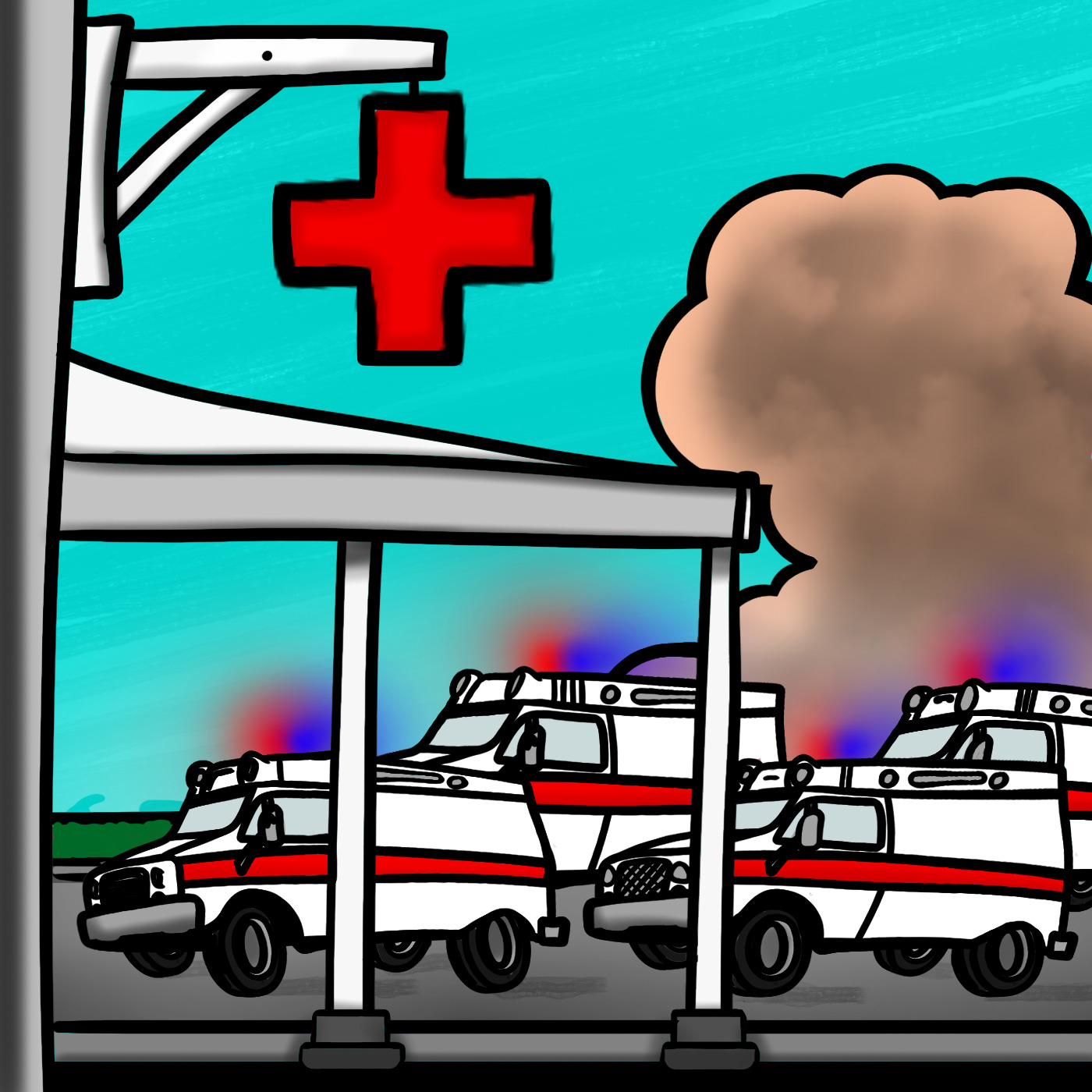 Mizuho Spangler and Matt Nichols discuss cognitive and physical tools used by the military to assist us with management of a large MCI due to penetrating injuries.

I have to disagree with a portion of this talk (as I did in Dr. Mell's recent discussion of what's carried in your personal medical kit). Just like with Dr. Mell's talk, I feel that this one is misleading on the use of tourniquets outside the combat theater. As a note of background, before I became and emergency nurse I was a civilian police officer and Tactical Combat Casualty Care (TCCC) certified infantry Marine with deployment to Afghanistan. That being said, I understand the teachings of TCCC and the reality of civilian law enforcement.
This is where my point of contention arises. Even in the civilian police officer wearing body armor, it is likely erroneous to justify the importance of carrying a tourniquet by equating their injury patterns to those of troops in combat. As support, I'll reference the article entitled "Learning from tragedy: Preventing officer deaths
with medical interventions" which is linked at this end of this comment.
The study outlined by this article analyzed injury patterns of the 533 line-of-duty deaths from felonious assault occurring from 1998-2007. Of those deaths, 123 were identified as potentially preventable and occurring within one hour of the injury. This was done to most closely approximate those deaths that could be prevented with interventions like those provided under the TCCC paradigm. Of these 123 deaths only 2 were determined to be death by potentially preventable extremity hemorrhage while 90 were determined to be potentially preventable death by chest trauma. This goes directly against the idea that because police officers wear body armor they are more likely to suffer injury patterns similar to those of troops in combat. Part of this is because almost all police officers wear soft body armor that is intended to stop handgun rounds, not rifle rounds and not knives or other penetrating weapons.
As with the study of civilian deaths during active shooter incidents, this study has its limitations. As Dr. Nichols pointed out in the study he cites, this one also only includes those people who died from their injuries. The question is, then, did tourniquets prevent the death of a number of these officers leading to an artificially low number of deaths? I don't think so. Why? Until the introduction of the Combat Application Tourniquet (CAT) we didn't see widespread use of tourniquets by law enforcement. The CAT was introduced by the Army in 2005 and it took a couple years of data collection before it started to catch on in civilian EMS/law enforcement use. This study I cite ended data collection in 2007 and I do not believe this included a time in which the CAT was in widespread use. Older tourniquets like the TK4 were simply not popular enough to represent a significant amount of saved lives (if any). It is an almost certainty that if true tourniquets saved lives during this time period it was few and far between.
That all being said, do I recommend that law enforcement officers carry a dedicated tourniquet? Yes. Then why am I ranting here? I see way too many officers with a tourniquet on their belt and no other type of trauma gear. Part of this is because of the cool factor and part of this is because of misinformation. I think the idea that police officers should carry tourniquets because their injury pattern is similar to forward deployed troops is completely false. Further, it is misleading and dangerous.
We in the emergency medicine community may be asked by law enforcement friends to provide insight on what they should carry. We may be asked by agencies to provide education and training to police departments. Some of you are medical directors for tactical teams. We have a tremendous ability to inform what police officers are carrying to save the lives of themselves and others and if we propagate the myth that civilian law enforcement faces similar injury patterns to that of deployed troops we can cause indirect harm.
Now, I've said already that I recommend that police officers carry a dedicated tourniquet. I don't do so because I think they're going to get shot in the femoral artery with some frequency. I recommend it because if there is a slim chance for them to have an injury causing extremity hemorrhage they may very well need a tourniquet. Not only may direct pressure not be enough, but tourniquet use can free up their hands to get back into the fight and eliminate the threat. Further, this study doesn't take into account things like motor vehicle accidents, power tool accidents, etc. in which law enforcement may arrive early and apply potentially live saving interventions. These incidents are undoubtedly more frequent than deadly force encounters requiring a tourniquet and this where something like a CAT saves more lives.
A Marine with whom I deployed is soon become a police officer and recently asked what I recommend for a trauma kit for a law enforcement officer. For me, a small kit that includes the necessary items would be as follows:

This is small enough to fit in a cargo pocket, properly selected belt pouch, or the rather clever Uniformed Medical Kit from Tactical Medical Solutions. Things like NPAs and needles for chest decompression are left out because of scope of practice issues. Additional gear and less emergent tools can be carried in the trunk of the cruiser or in a go bag somewhere in the patrol car. I'd be interested if anyone has questions or feedback on that gear list.

To conclude and stress what I think are the important points of this lengthy comment:

-Civilian law enforcement injury patterns DO NOT approximate those seen in combat.
-Preventable death in a deadly force encounter due to extremity hemorrhage is almost certainly extremely rare in law enforcement deaths.
-Tourniquets still have their place in law enforcement--mostly in trauma from more mundane causes.
-Because of the voice we have in education, it is up to us to dispel the myth in the law enforcement community that the tourniquet is a veritable panacea.
-Kits should be compact and more balanced to address a number of injury patterns for law enforcement.
-Take a look at your security guards or LEOs next time you're a work. Note how many you see with a tourniquet on their belt and ask them what other trauma gear they carry on their person. You'll likely be surprised.

***In no way do I think that Dr. Nichols was indicating that LEOs should only carry a tourniquet***