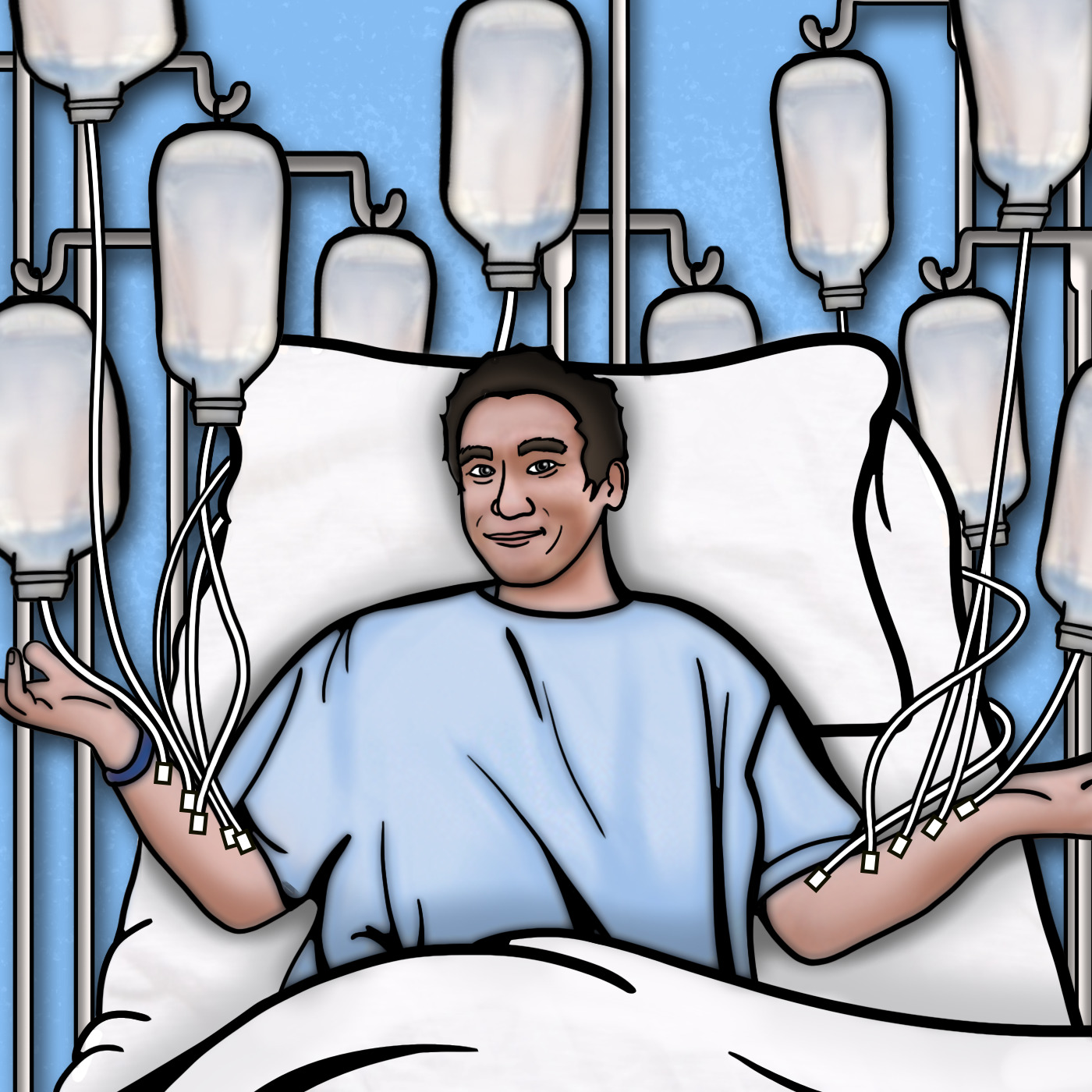 I have an issue with the 2 following statements regarding Bicarbonate infusion:

2) There are three patient populations where bicarbonate may be beneficial.
- Patients in cardiac arrest.

Isn't that totally contradictory ? I'm not really confident patients in cardiac arrest will be able to "blow off more CO2" and thus improve their pH.

Well of course that is only if you believe that statement 1) is true. It's an old and very prevalent "sciency" argument that infusing HCO3 will increase CO2 so much that the pH will not change, unless you can blow off all that extra CO2.
While it's true that infusing HCO3 will create a marginal rise in CO2, that CO2 conversion happens for only a small fraction of the infused HCO3, there's still plenty of HCO3 around, well enough to rise the pH even in the face of a small hike in CO2.
If you bellieve Stewart's theory more than the Henderson-Hasselbalch paradigm, the increase in SID will affect the pH more than the small rise in CO2.

This HCO3 become CO2 theory can easily be debunked by using the CO2 becomes HCO3 argument. Since the conversion between HCO3 and CO2 goes both ways (as it is an equilibrium as in many chemical reactions), you can argue that respiratory acidosis shouldn't occur if a patient stopped breathing, sine the rising CO2 would automagically be converted to HCO3 that would buffer the acidosis with no net change in pH... Of course this is total bullshit, but so goes the other way around....

To continue my rant, don't get me started on the intracellular acidosis bicarbonate infusion is supposed to create... I've never worked in a unit that had a bedside blood gas analyzer that provided the intracellular pH, so I have problems relating to an hypothetical theoretical notion that is parroted over and over by people who have never seen the phenomenon, have no idea if it ever exists and if it does, how frequent of clinically relevant it really is...

Do you have proof that insulin doesn't create intracellular hyperkalemia that could extend hospital stay by 2% ? Well, better be careful when you prescribe it then...

A good segment, but some things I noticed that gave me pause. I'll break them up into separate posts.

-Auto-peep
Dr. Swaminathan states “we can check for auto-PEEP by doing an inspiratory pause to measure Pplat. If Pplat is >30, you may need to disconnect the patient from the ventilator to allow for a full exhalation or turn down the respiratory rate.”
1. While it is true that the end behavior of auto-peep is a high Pplat, an elevated Pplat can occur for multiple reasons as it indicates the average alveolar pressure at the end of inspiration. This includes poor lung or chest wall compliance, pneumonia, ARDS, etc. Performing an EXHALATIONAL hold to measure pressure over set PEEP gives you an exact measurement of how much intrinsic PEEP a patient has as a result of incomplete exhalation (i-PEEP). It's a specific measurement that addresses air-trapping and it can be followed over time.

2. In a DKA patient whose pH is 7.0, talking about i-PEEP almost misses the point of a crucial aspect of the resuscitation. We shouldn't forget that the metabolic acidosis is the culprit here, and if you are venting them so much that they develop i-PEEP, you have probably maxed out the ventilator as a compensatory mechanism and you need a different strategy to deal with metabolic acidemia. Moreover, disconnecting them (as you might do for status asthmaticus) could be dangerous given their pH. In the setting of catastrophic acidosis and known auto-peep, it might be safer to re-paralyze and then attempt to reduce I-time, the tidal volume and/or PEEP first.

If you have a DKA patient that is dying of profound acidemia on a ventilator because you can't vent them hard enough to compensate, and haven't taken upon yourself to give them enough bicarb to correct the metabolic acidosis, then you have serious issues with your "no bicarb" dogma.... Intubating a patient who can't compensate from their severe DKA-related acidosis w/o first considering bicarb is a medical error in my book.

To your 2nd point, I'd also point out that emergent dialysis is an indication for renal replacement therapy (whether it is HD or CVVH). The data here is very mixed, as there is concern about the rapid shifts in osmolality of the blood (dialysis is great at removing ketones), however presumably at this point we are quite desperate about trying to salvage this patient if we've intubated them and they are not improving despite fluids, insulin, and maximal ventilator support.

-Blood Gasses after intubation
Dr. Willis talks about frequent VBGs after intubation out of concern for mitigating critical academia and titration of an adequate respiratory rate (again, adequate minute ventilation should be the focus).
The point is well taken, but there is a lot of literature in the critically ill that demonstrates the harmful effects of hyperoxia. The first blood gas after intubation really should be an ABG. VBGs are fine for acid-base assessment, but they don’t tell you enough about PaO2. Moreover, in a busy ED with multiple sick patients, it's both easy and common for providers to leave the ventilator at an FiO2 of 100% or 80% without titrating the settings to SaO2 of 92-96%. This leads to SaO2s of 100% (good in many people's minds) but hidden PaO2s well over 150 mm Hg. THIS IS HARMFUL. It worsens hospital and ICU mortality in all populations. The ABG is a check against that, and it also screens for an inappropriately high AA gradient that you might otherwise miss (eg. did you miss a pneumonia or a PE?).

-SIMV via face mask for pre-intubation set-up
1. The concept of pre-intubation ventilation with SIMV via face-mask is interesting, but it is not widely practiced. That may mean that you might get some blank stares from staff or RT when you suggest it. Obviously that's no reason to not give good care, BUT these resuscitations are time-sensitive, and you don't really have time to have a discussion with a resistant RT or uncomfortable team if this is the first time you've discussed doing this. When the sick DKAer needs an airway, that’s probably not the right time to be talking about this technique for the first time with your staff. So have the discussion before-hand, or maybe integrate it into an algorithm that you discuss with RTs/ other staff so it's not a surprise.
2. I'm not totally sure why SIMV would be the natural choice here. The idea is to support breathing with a rate and desired TV, which you can do with BPAP, AC/VC, or PC modes. Every time the patient triggers a breath they will receive a full supported breath, even if it's over the set rate (ie breathing "over the vent"). In SIMV, you set a rate of supported breaths, and then any extra breaths are NOT supported. The patient simply takes extra breaths at whatever PEEP you set. While it's not harmful per se, if the goal is to maximize ventilation, the best way (IMHO) to do that is to have a driving pressure with each spontaneous breath.

There is a discussion of “mimicking the patient’s respiratory physiology” before intubation, and using this to set a rate. A better approach might be to estimate and mimic their minute ventilation with TV and RR. In the segment the speakers talk about respiration rate a great deal, but it's important to recognize tidal volume as the other main determinant for ventilation. That’s why it’s important for a clinician to notice not only how FAST someone is breathing, but also what kind of respiratory effort they were mounting before intubating. Were they taking deep breaths? Were they tiring out? Maybe their resp rate was only 10 because they were super-DUPER altered, in which case you will need to double or triple their minute ventilation. Long story short: Go for minute ventilation to maximize blowing off CO2, not just a high rate.
2. It’s true that a high rate will often result in air-trapping if taken to extremes, and if someone is going to be at a rate of 30 or higher, it often requires a reduction of tidal volume to avoid i-PEEP (see above post). Sick patients on the vent should always start out at a TV at no more than 6-8 ml/kg in general, but to accommodate a faster rate and accomplish an overall higher minute ventilation, you may have to decrease tidal volume to 4-5ml/kg, and maybe even reduce PEEP. Often at these rates you may encounter vent dyssynchrony, which you may have to overcome with a second bolus of paralytic if the pH is truly critical.